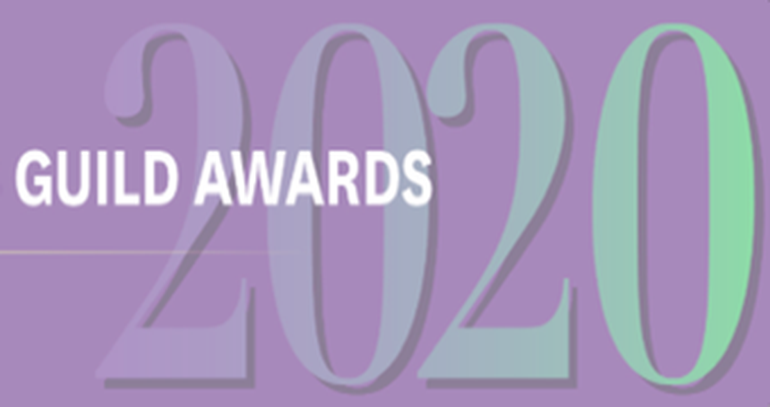 TO RECEIVE LIFETIME ACHIEVEMENT AWARDS AT at The NOVO in L.A. Live

Thomas Burmanhas an award-winning career in motion pictures and television for over five decades. He has won seven Emmy Awards, received 31 Emmy nominations, and one Oscar nomination, among many other accolades.  Burman hired one of the first two women make-up artists, paving the way for many talented women into the field. He established the title "special make-up effects" which is still used today and discovered new materials (Burman Foam) to improve the work of make-up artists around the globe. His documentary film Making Apes,honoring the crew that changed make-up history, recently premiered at the New Filmmakers LA Festival.

Burman’s career began in 1966 when he apprenticed with Ben Nye at 20thCentury Fox Studios, later becoming an assistant to John Chambers on Planet of the Apesin 1967.  In 1973, Tom and father Ellis Burman joined Chambers, starting the first independent make-up effects studio serving motion pictures and Television.The Burmans created groundbreaking make-up effects for Phantom of the Paradise, The Man Who Fell to Earth, Devil’s Rain, Food of the Gods andA Man Called Horse 2.  Additional film credits include Close Encounters of the Third Kind, Demon Seed, The Manitou, Invasion of the Body Snatchers, Prophet, The Island of Dr. Moreauand A Man Called Horse, for which Tom created the full torso prosthetics.

Proficient in all types of make-up and prosthetics, Burman went on to create memorable television visions including his work on The Tracey Ullman Show, Best of Tracey, Tracey Takes On…, The Young Indiana Jones Chronicles, The X-Files, CSI (pilot),Buffy the Vampire Slayer (pilot),Chicago Hope, Grey’s Anatomyand Nip/Tuck. Sadly, while working on the three-part PBS series Primal Man, they had the tragedy of losing the entire crew in an airplane crash.  A true leader in the field, Burman hired one of the first women make-up artists, Charlene Roberson, to create disguises for the William Shatner TV series Barbary Coast.

An internationally renowned film and celebrity hair stylist, Martin Samuelis acclaimed for his period hair styling and expertise with wigs, working with leading actors and rock stars. During Samuel’s career spanning the last 40 years, he is credited with more than 60 films, including three Oscar nominations: Hitchcock(2013), Pirates of the Caribbean: At World’s End(2008) and Curse of the Black Pearl(2004).  He won both the BAFTA and Local 706 Guild Award forPirates of the Caribbean: The Curse of the Black Pearlin 2004.  His additional film credits include Wild Wild West, Angels and Insects, Blow, Burlesque, Love and Mercy, The Scarlet Pimpernel, Rich and Famous.

Samuel is a three-time Emmy nominee for his character wig work for Tracey Ullman on State of the Union. In addition to his work as a personal hair stylist for Johnny Depp and Penelope Cruz, he created the iconic looks for David Bowie on The Man Who Fell to Earthand went on to be his personal hair stylist on the Station to StationTour.  He was also the chief stylist for Pink Floyd: The Walland nominated for a BAFTA Award for his creations of 42 outstanding hair styles for Madonna’s performance as Eva Peron in Evita.

He started his career in Europe and the UK, but later moved to Hollywood and began working at Universal Studios on Coal Miner’s Daughterand Xanadu.  He became a journeyman in Local 706 and has worked primarily as a Department Head since 1979.  Proudly, he has also received his 706 Gold Card.

Additional awards will honor a Distinguished Artisan and nominees for outstanding achievements in motion pictures, television, commercials and live theater. Online voting will be made at www.local706.org. Nominations for this year’s awards will be announced on Monday, November 11, 2019. Final ballot on-line voting closes on Friday, January 3, 2020.  Winners will be announced at the Annual Awards Gala on Saturday, January 11, 2020.

ABOUT LOCAL 706:
TheMake-Up Artists and Hair Stylists Guild (IATSE, Local 706)was chartered in November 1937. Today, their diverse membership includes over 2,100 artisans in the entertainment industry worldwide. Local 706 members are make-up artists and hair stylists who have created the looks for Hollywood’s most memorable characters and stars of stage, screen, television and now the Internet. The wide-ranging domains of these artists include feature films and television, commercials; "live" network television, all types of theatrical productions and Disneyland theme parks. Local 706 Members have created notable characters competing for Academy Awards®, Primetime Emmys®, Daytime Emmys®, Saturn Awards®, BAFTA Awards®, and many other honors for make-up and hair styling artistry including their own Make-up Artists and Hair Stylists Guild Awards. The Local 706 Guild publishes TheArtisan, a glossy quarterly magazine, and provides panels, workshops and training both for members and others interested in the field to foster a spirit of innovation in the craft. For more info, visit local706.orgor get #MUAHSawards updates on Facebook , Twitterand Instagram.